Colloquium Series: Highways and Byways: Infrastructure Making in India between Modernizing Agents and Peasant Households During the Great Depression 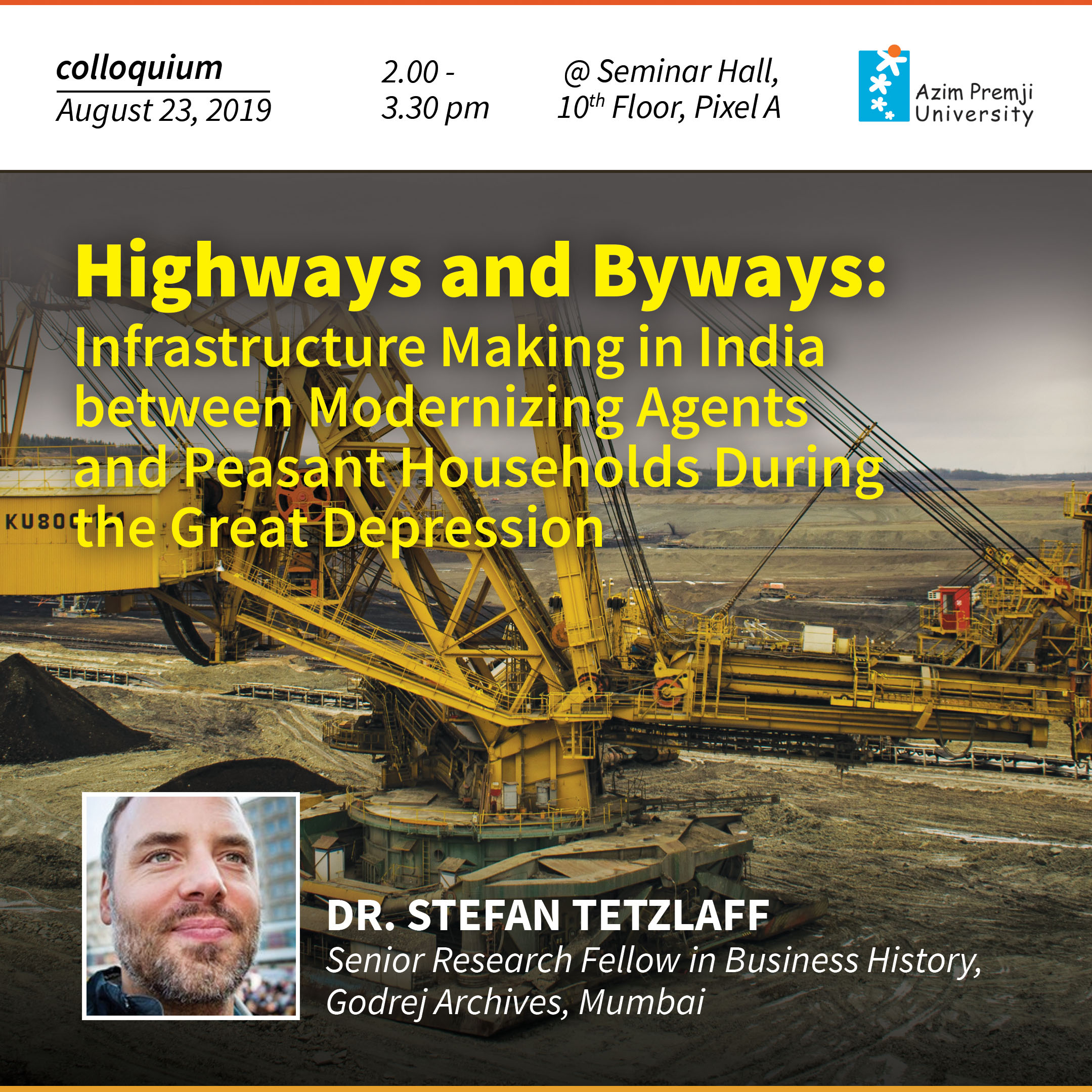 The talk looks at the ways in which the coexistence and competition of motor cars and bullock carts in early 20th century India shaped networks of transportation more generally. The findings strongly suggest that the transformative effect of modern transport on India’s agrarian space was over-emphasized by those who advocated for and protested against motorized transport in India. Instead, the talk argues that bullock carts continued to be of prime importance in the transport sector at a time when automobile traffic grew exponentially. In the detailed analysis, the talk focuses on understudied actors and transport technologies placed in non-metropolitan, rural parts of central and western India during the Great Depression. The region saw a growth in the road transport network and motor vehicle use along with economic and social distress of large parts of the population during this period. The paper highlights, on the one hand, the ways and means by which the road-motor lobby of state and commercial interests attempted to upgrade modern road infrastructure. Faced with numerous challenges in making modern roads, these interests identified bullock carts as the main culprits in destroying new road surfaces in the modern age and side-tracked them to allow the smooth flow of motorized transport. On the other hand, the paper shows how peasant households reacted to newly available technological devices. Filtering into their daily lives in numerous ways, local peasants and representatives of Gandhian ideas often rejected modern technologies outright as they arguably clashed with opportunities for subsidiary income from bullock cart hire.

Stefan Tetzlaff is a historian of South Asia and its connection with the world.  His research broadly examines the impact of trajectories of capitalism on historical formations while investigating how imperialism, colonialism, and postcolonial formations shaped broader global structures and local manifestations. His specific interests in the history of mobility, technology and business practices were shaped during his formative training at the Centre for Historical Studies, Jawaharlal Nehru University (New Delhi) and at the Centre for Modern Indian Studies, University of Göttingen. Stefan's first book project "The Motorization of the Mofussil" analyzes the arrival of the automobile in rural and small-town India during the interwar period. It argues that automobiles and asphalted roads brought about certain shifts in modern India’s political and economic sphere, as these became significant for an array of social actors, from business tycoons and local entrepreneurs down to farmers and road laborers. During his postdoctoral career since 2015, Stefan has held positions at different academic institutions in Asia, Europe, and the US. These include positions at the Centre for South Asian Studies in Paris (CNRS-EHESS), the German Historical Institutes (GHI) in London and Washington, D.C. and the Centre for Modern Oriental Studies (ZMO) in Berlin. During 2019, Stefan is also an Arts and Humanities Visiting Fellow at NYU Abu Dhabi and a Senior Research Fellow in Business History at the Godrej Archives (Mumbai) that attempts to instill the study of Indian business history. During this time, he commenced research on transnational economic and technology exchanges between India and western nations during the Cold War.