Colloquium Series Identity, Interests, and Information: “Different Strokes” in the Making of the National Mandate 2019, India. 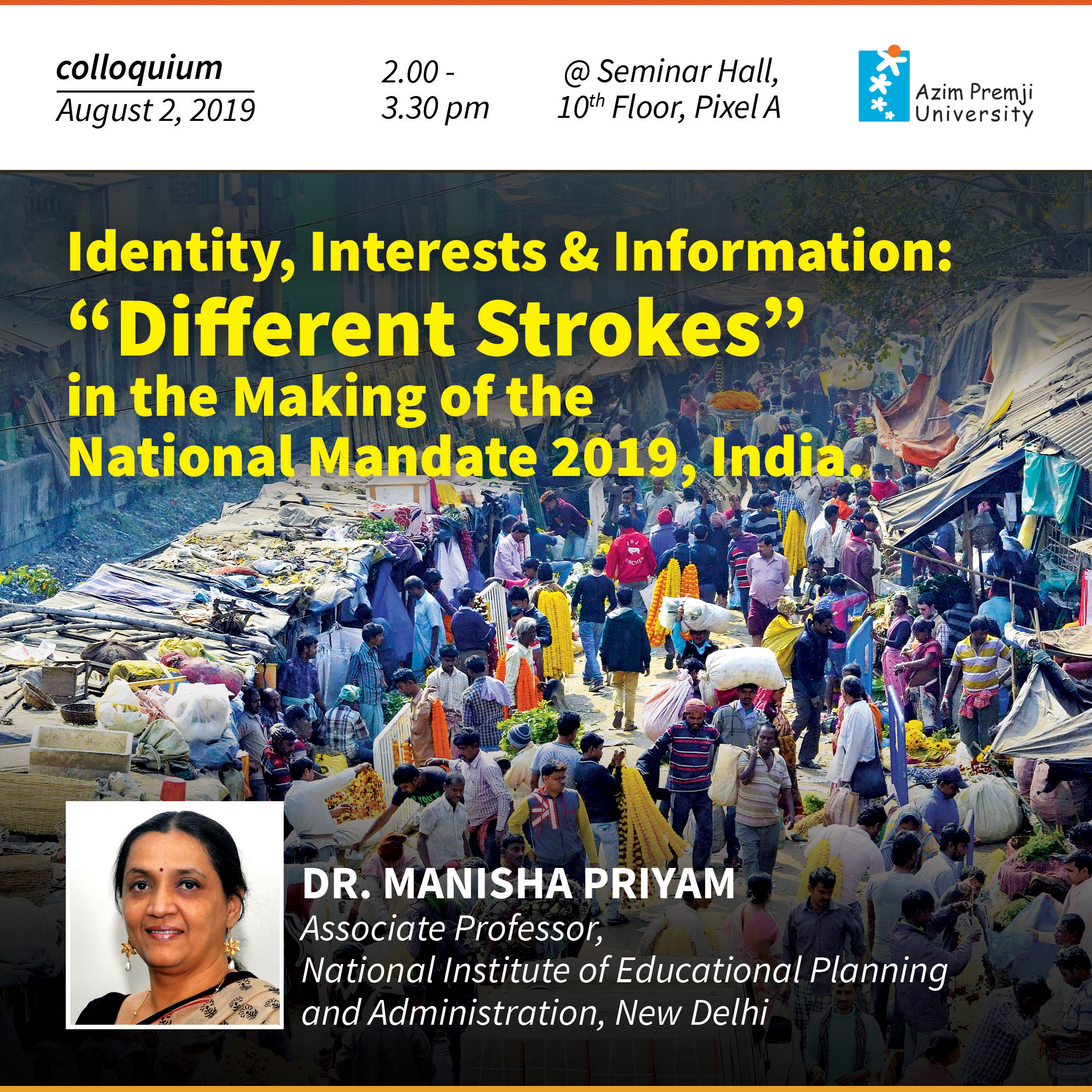 For many reasons the national mandate 2019, India, remains a study of the “unanticipated”. There was uncertainty, and many rival hypotheses abound, prior to the national elections getting underway earlier this year. On the theory of numbers, there were psephological speculations about the significance of alliances as being key to a national victory, or that outcomes of big states may work as a veto. Substantively, the state electoral verdicts in the Hindi heartland gave a firm basis to the belief that Modi and the BJP were on the back-foot even in terms of issues.  Notwithstanding these formidable odds, the outcomes were truly unanticipated, and a resounding national affirmation of Modi’s leadership, and the BJP—in that order. Why was this wave not seen, anticipated, or heard? Following the outcomes, there are efforts to understand whether caste matters or development, identities matter or interests, and whatever happened to aspirations? What went into the making of this national mandate? I attempt to find the meanings of mandate 2019 for national elections in India on the basis of qualitative fieldwork in the Indian cities of Bengaluru, Guwahati, Lucknow, and Patna. I study the variations in state arenas around these themes. “Different strokes” in different states, such that the states were akin to bounded domains within which the political party BJP was working as an intermediary, bridging information so people could make meaning of these elections, addressing issues around their diverse geographies. In doing so, the BJP was playing the classic role of political parties anticipated in theories of new political economy, as bridging trust and informational deficits among voters. This presentation is an attempt to unfurl the making of mandate 2019, as understood from within different state arenas of India’s federal diversity.

Dr. Manisha Priyam is an Associate Professor at the National Institute of Educational Planning and Administration, New Delhi. She has a doctorate from the London School of Economic and Political Science. She researches on issues of development and politics in India.