Madhya Pradesh, the heart of India, is the second largest state in the country by area and sixth largest by population. It covers most of central India and took its current shape in 2000 after the formation of Chhattisgarh. It has a 73 per cent rural population, and 40 per cent of India’s tribal population. The state is home to a variety of regional and adivasi languages: Bundelkhandi, Malwi, Nimadi, Bagheli, and Bhilodi (Bhilli), Gondi, Korku, Kalto, Nahali. The state human development index in 2017 was 0.598 which is lower than the national average of 0.639 as per Global Data Lab and ranked 33 among the states and UTs.

We started in 2004. We began with various programmes to improve educational quality: the Computer Aided Learning Programme, Learning Guarantee Programme, Education Leadership Development Programme, and so on. Around 2012, we moved from a ‘programme mode’ to an ‘institutional mode’, building professional capacities of key stakeholders through multiple modes of engagement via workshops, voluntary teacher forums, exposure visits, seminars, etc. 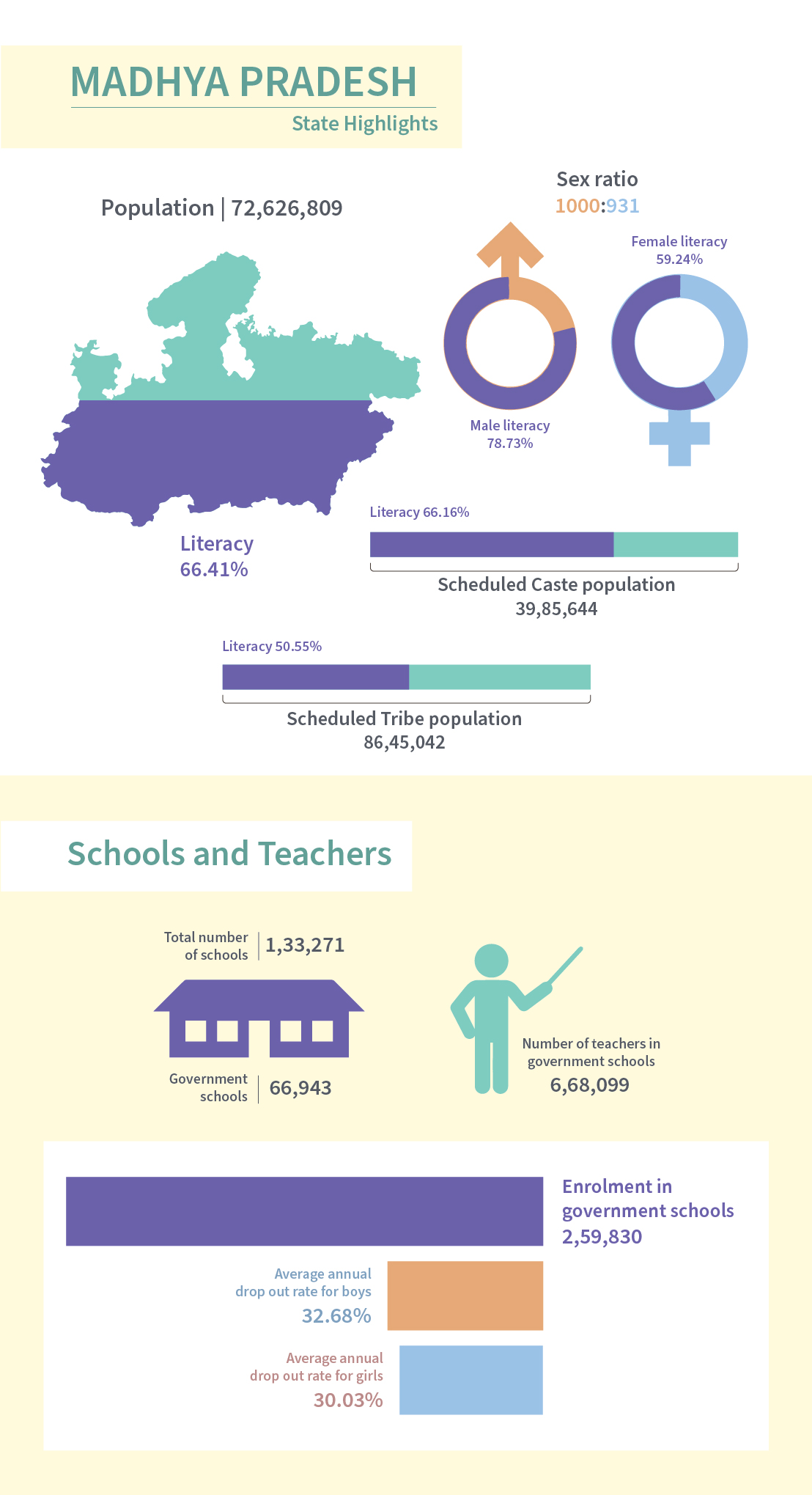