Telangana acquired its identity as the Telugu-speaking region of the princely state of Hyderabad, ruled by the Nizam of Hyderabad joining the Union of India in 1948. It was awarded separate statehood on 2 June 2014. The state human development index in 2017 was 0.661 which is higher than the national average of 0.639 as per Global Data Lab and ranked 22 among the states and UTs.

We work Sangareddy district and the focus of our work is Early Childhood Education. We were earlier largely focused on education research in Andhra Pradesh through the APRESt study which was to understand the relative impact of input-based and incentive-based education policies on student learning outcomes. 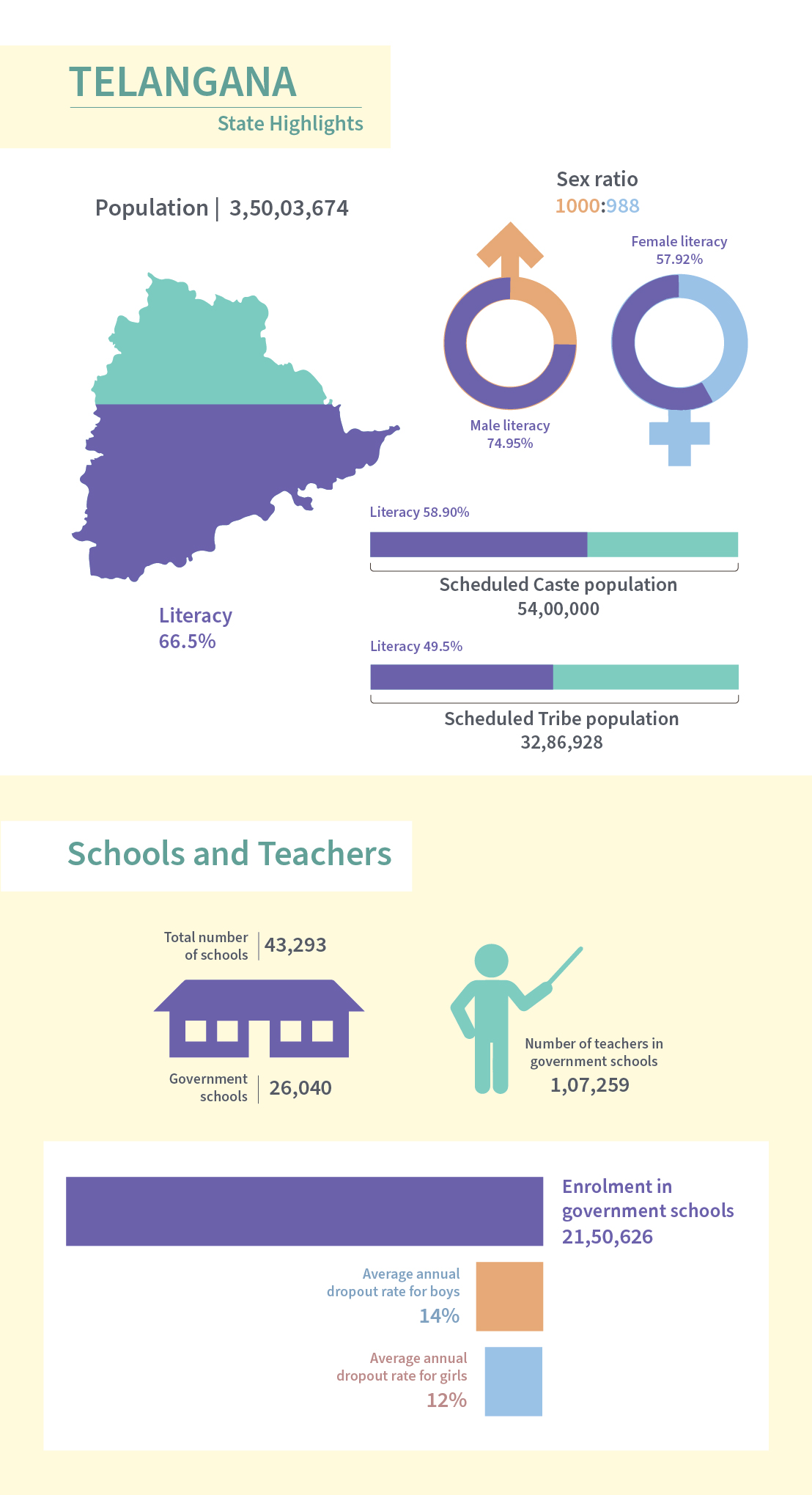