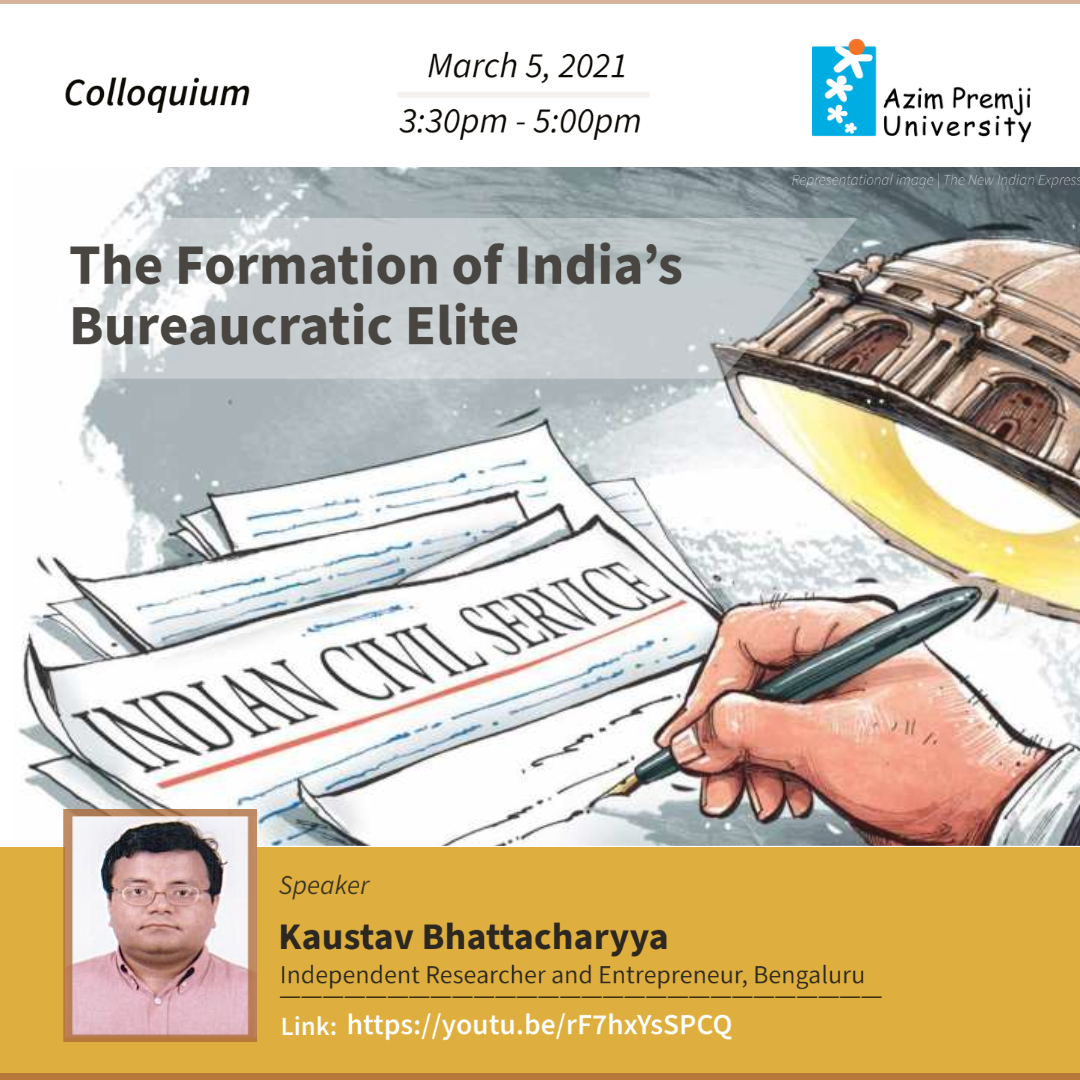 Indian Civil Services, or the ICS, as the civil services structure of the British Administration in India was viewed as one of the most striking, impressive and glamorous civil services seen anywhere in the world. This talk discusses the ICS officers in the context of their historical origins, legacies, traditions, recruitment patterns and reforms in response to the rising demand of the Indian nationalists in the freedom movement. A distinct feature of the ICS was its flexibility and adaptability to reform itself in order to accommodate aspirations and dreams of the colonial citizens of India, which one doesn’t expect from an imperial service. The presentation will also discuss the minutiae of the image of the individual ICS officer and his habitus. It will briefly touch upon the successor civil service in post-independence India i.e. the IAS, which will throw light upon the legacies and traditions inherited in the contemporary context of the IAS and the very nature of the institution of IAS in terms of recruitment, postings, training and the images of the personality associated with an IAS officer.

Dr. Kaustav Bhattacharyya is an independent researcher and an entrepreneur based in Bengaluru. Kaustav holds a PhD from Cass Business School, London(University of London) where the doctoral research topic was on Indian Civil Service Elites and their formation of Communities of Practice.  Kaustav holds a MBA in Knowledge Management from United Business Institutes, Brussels, Belgium and trained as an automotive engineer from Germany. Earlier Kaustav had worked with global giants like Siemens, Amec-Fischer and non-profit EU-funded foundation in Canada, Belgium and the UK. Currently Kaustav works closely with civil society organizations, NGOs, policy think-tanks in an informal and non-executive capacity in an advisory role. He has interests in philosophy, Western classical music and art and plays the piano at a very basic level.