Colloquium Series: The Stretcher-Bearer of the "Colored Races": Gandhi in African American Eyes 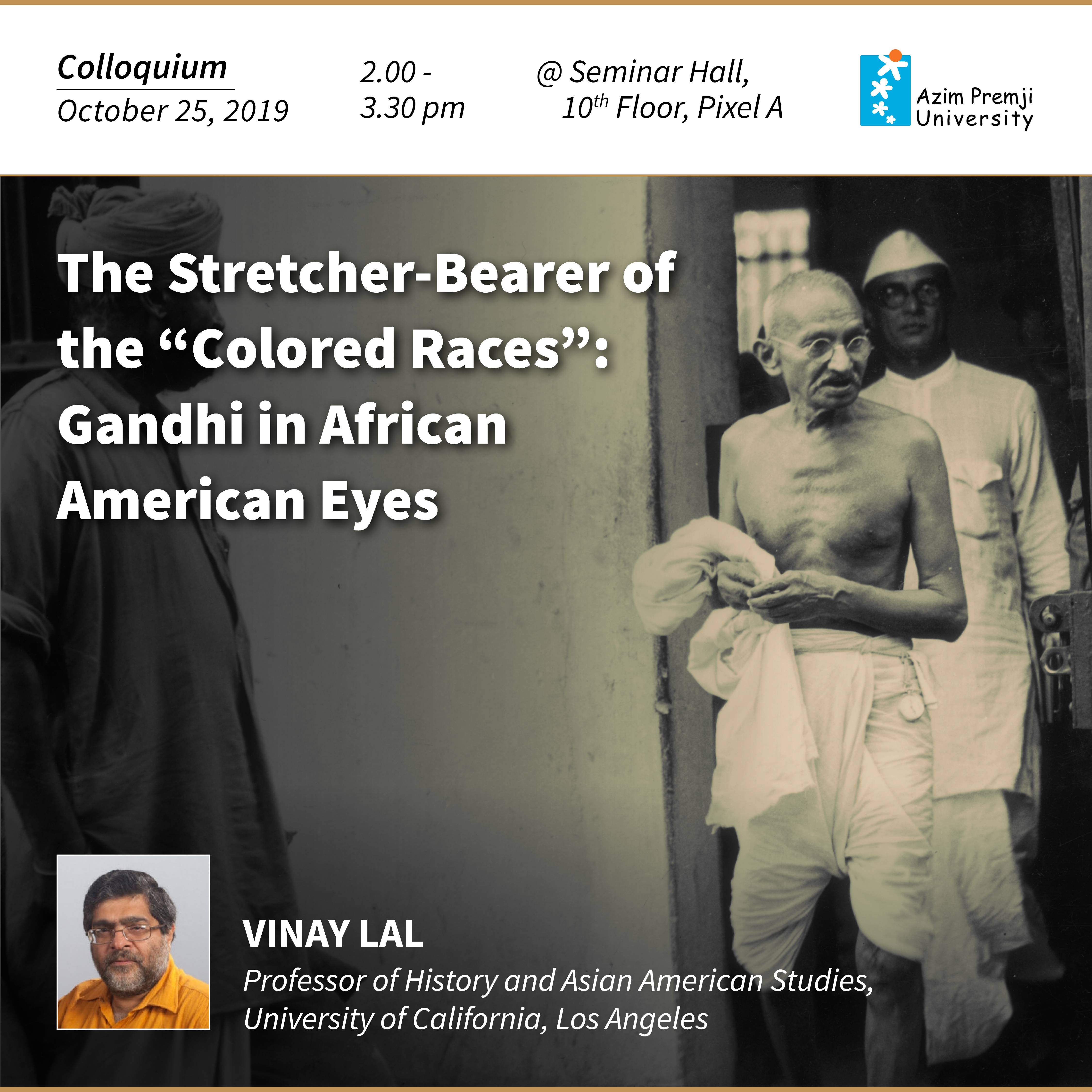 Most popular accounts of the African American connection with Gandhi have swirled around the outsized figure of the Rev. Dr. Martin Luther King, Jr. as the public face of the “Civil Rights Movement”.  However, the cry for a “Negro Gandhi” was first raised by W. E. B. DuBois, the most prominent African American intellectual of his generation, in the early 1920s.  Thereafter, the figure of Gandhi appears frequently as someone that black Americans could emulate.  Moreover, the African American press, represented by such newspapers as the Crisis, Pittsburgh Courier, New York Amsterdam News, and the Chicago Defender, was extraordinarily prolific in its representation of the Indian independence movement.  In this talk, I analyze the worldview of the African American press and its outlook towards the movement in India.  Prevailing conceptions of the ‘Global South’, focusing on anti-colonial movements in Asia and Africa, generally overlook the history of black America in the 20th century. African American newspapers, I suggest, not only played a critical role in shaping notions of solidarity of colored peoples, but they provide an unusual perspective on the possibilities of satyagraha in (ostensibly) democratic societies.

Vinay Lal is a cultural critic, writer, blogger, and Professor of History and Asian American Studies at the University of California, Los Angeles (UCLA).  His intellectual and research interests include South Asian history, comparative colonial histories, the Indian diaspora, public and popular culture in India, cinema, cultures of sexuality, the global histories of nonviolence, and the thought of Mahatma Gandhi.  All of his work is deeply permeated by an awareness of the politics of knowledge systems and the desire to strive for the ecological survival of plurality.  His eighteen authored and edited books include the two-volume Oxford Anthology of the Modern Indian City (Oxford, 2013); Deewaar:  The Footpath, the City, and the Angry Young Man (HarperCollins, 2011); Political Hinduism (Oxford, 2009); Of Cricket, Guinness and Gandhi (Penguin, 2005); The History of History (Oxford, 2003); and two books co-edited with Ashis Nandy.  He is a founding member of the Backwaters Collective on Metaphysics and Politics and editor of the book series emerging from the Collective, most recently India and Civilizational Futures (Oxford, 2019).